Want quick and easy payments on the go, plus your usual Pockit rewards? It's all yours with Google Pay™. 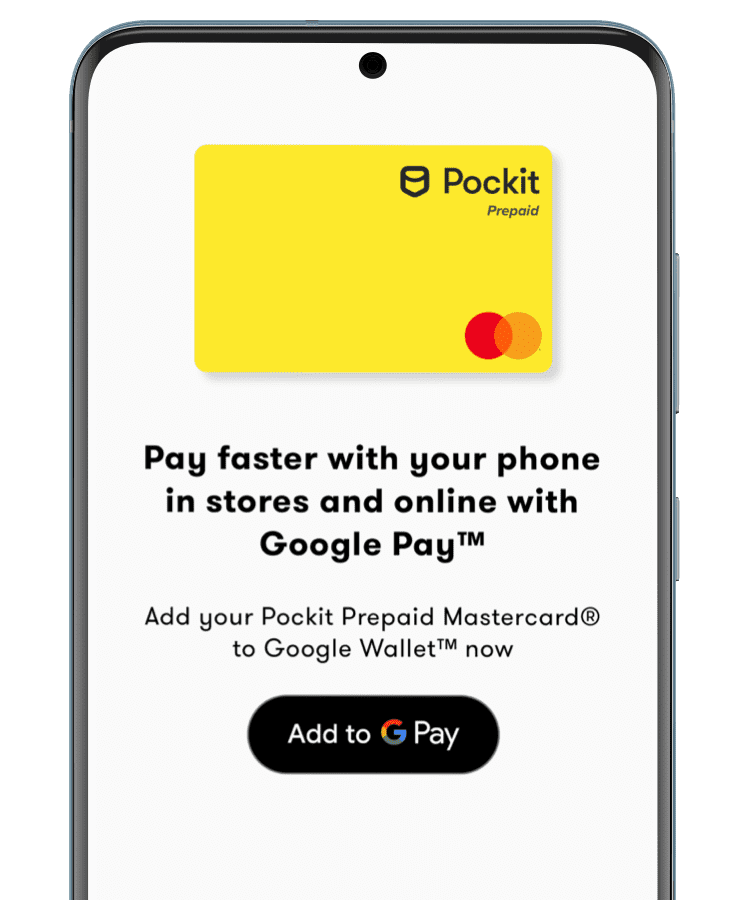 Why use Google Pay™?

Add your Pockit Mastercard® to Google Pay™ for a quick, secure way to shop in stores, apps and online.

It's secure. Your card info isn’t stored on your device or shared when you pay.

It's simple. Check out in a few steps on your Android device, and still get your usual cashback.

It's fast. Pay online and in apps with Google Pay™ – so you can say goodbye to lengthy forms.

How to add your Pockit card using the Pockit app 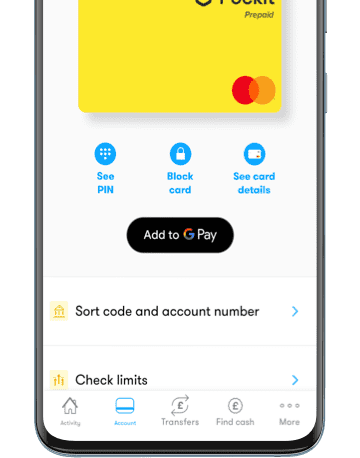 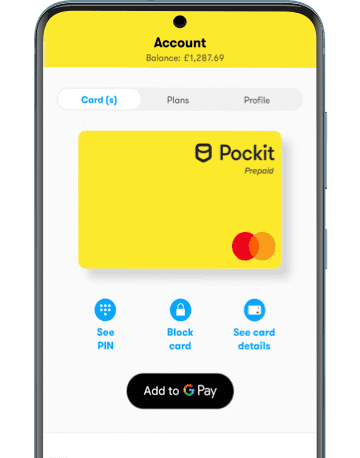 Tap 'Add to G Pay' and follow the on-screen instructions 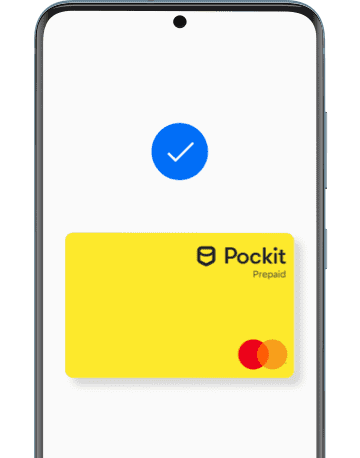 Ready to start?
Get your Pockit account and start using Google Pay™ today!

What happened to Android Pay? What is Google Pay™?

Google Pay™ is the new version of Android Pay. Everyone with compatible devices should see them update automatically.

Google Pay is a trademark of Google LLC.

How do I add my Pockit card to Google Pay™?

You can add your Pockit card to Google PayTM in the Pockit app. Here's how:

1. Open the Pockit app
2. Tap on the "Account" tab at the bottom of the screen
3. Scroll down and tap the 'Add to G Pay' button
4. Follow the on-screen steps until you see confirmation that you're ready to spend with Google Pay™
‍
You can also use the Google Wallet app to add your Pockit card. Just open the Google Wallet app on any supported device, then tap 'Add a card'.

How do I make my Pockit card the default card?

Open your Google Pay™ app and drag your Pockit card to the front of your wallet.

Can I continue to use Google Pay™ if I blocked my card in the Pockit app?

No. If you need to block your card in the Pockit app your Pockit card will not work on Google Pay™.

How much can I spend on Google Pay™?

You can make secure purchases for any amount with Google Pay™ in shops, apps, and online.

A small number of retailers have a £100 limit — just like with contactless card payments. It's a good idea to check with them before you pay.

What happens if I lose my device?

If your phone’s been lost or stolen, use Find My Device to lock it. You can then secure it with a new password, or erase your personal data.

What happens if I lose my Pockit card?

If you block your card from within the app, you won’t be able to use your phone to make Pockit payments through Google Pay™.

If you find your card and unblock it, you’ll be able to use Google Pay™ again.

Where can I use Google Pay™? Can I use it abroad?

Google Pay™ can be used anywhere that accepts contactless payments, on transport and in shops, restaurants and cafes around the world.

Can I use Google Pay™ to pay in an app?

Yes! Whether you’re ordering dinner from JustEat or buying a new outfit on ASOS, select Google Pay™ at checkout to pay with Pockit quickly. 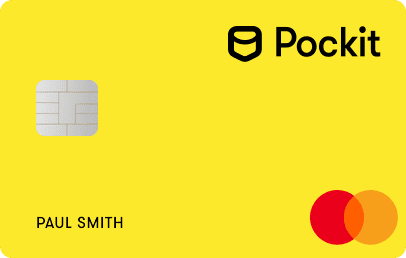 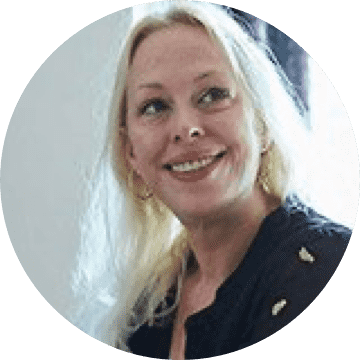 † Sign up in app or web. 18 years and older, subject to satisfactory residence and ID checks. Please note your card will not be dispatched until you have successfully verified your account. Delivery time depends on the delivery method you selected during signup and provided as a guidance. Actual delivery times may vary and depend on Royal Mail.

1. Representative example based on national averages for spending in certain categories. Cashback can only be earned at the participating retailers. Read more here —>

3. Open times depend on the particular PayPoint store.

Product images are for illustrative purposes only and may differ from the actual product.

The Financial Services Compensation Scheme does not cover electronic money products. No other compensation scheme exists to cover losses from your electronic money account. Your funds will be held in one or more segregated bank accounts with a regulated third party credit institution, in accordance with the provisions of the Electronic Money Regulations 2011.

Mastercard is a registered trademark, and the circles design is a trademark of Mastercard International Incorporated. The Pockit card is issued by PayrNet Ltd pursuant to license by Mastercard International Inc. PayrNet Ltd is authorised by Financial Conduct Authority to conduct electronic money service activities under the Electronic Money Regulations 2011 (Ref: 900594) PayrNet Ltd is a wholly owned subsidiary of Railsr. and provides regulated financial services to Railsr customers. Railsr is a trading name of Railsbank Technology Limited.